02 Feb All About Aesop 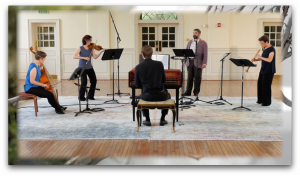 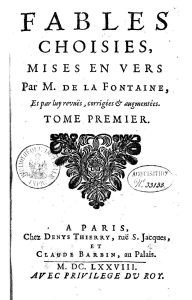 Aesop’s fables exploded in popularity in France in the late 17th Century with the publication of Jean de La Fontaine’s Fables.

Plays were adapted from La Fontaine’s versions of folk tales, sculpted fountains adorned a special Fable-themed labyrinth at Louis XIV’s Versailles, and musical versions were even published to be sung at home. La Fontaine’s (or Aesop’s) stories and fables weren’t meant solely for children. Rather, they used metaphors from the natural world to reinforce social stratification and instruct or remind the general public (not to mention nobles!) about acceptable behaviors. 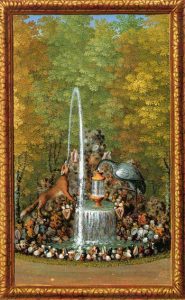 Though destroyed in the 1780s, the thirty-nine fable-themed fountains in the Versailles Labyrinth were a major tourist attraction from the moment they were installed in the 1660s. The animals were painted in bright colors and were apparently so life-like that when the water jets came on it was as though they were telling their own stories. Each fountain was accompanied by a gold plaque with a verse by the poet Benserade explaining the moral of the tale. 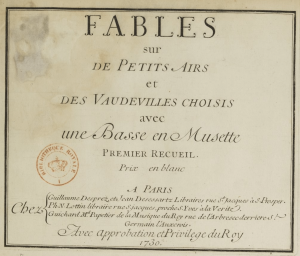 The fables you’ll hear in Games & Grounds were originally published in French in the early 1730s and are set to simple airs and popular tunes. For maximum accessibility and enjoyment for English-speaking audiences, our friend Larry Rosenwald translated the lyrics into rhyming couplets that exactly match the tunes of the originals. 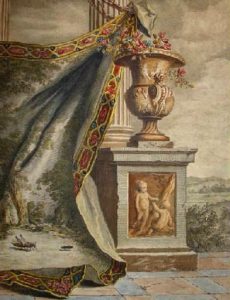 Our program includes four fables starting with the famous tale of The Ant and the Grasshopper, in which listeners are encouraged to follow the ant’s example to save in anticipation of leaner times so that, unlike the grasshopper, we’re not left hungry out in the cold. Most everyone also knows the tale of The Tortoise and the Hare and its lesson that he who steadily stays the course may well make it to the finish line before the distracted sprinter.

The Lion and the Rat is less-well known but its moral speaks to the usefulness of all creatures (no matter how small or large) and how maintaining good relations benefits us all so that we may depend on one another in times of need.

A version of the Icarus story, The Tortoise and the Eagle contains a message we may not always want to hear: wanting something badly cannot necessarily make it so. While a tortoise might be able to beat a hare in a race by being true to its nature, that doesn’t mean that the tortoise is well disposed to fulfill its dream of flying. In the case of this fable, no amount of help from the eagle (“the master of the skies”) could make the tortoise’s dream a reality.

You can preview our musical settings of Aesop’s fables in this trailer and learn more about entertainment in the gardens at Versailles in our pre-concert conversation for Games & Grounds premiering Feb 18. Click here for more information and for tickets to Games & Grounds.