09 Sep All about Circe 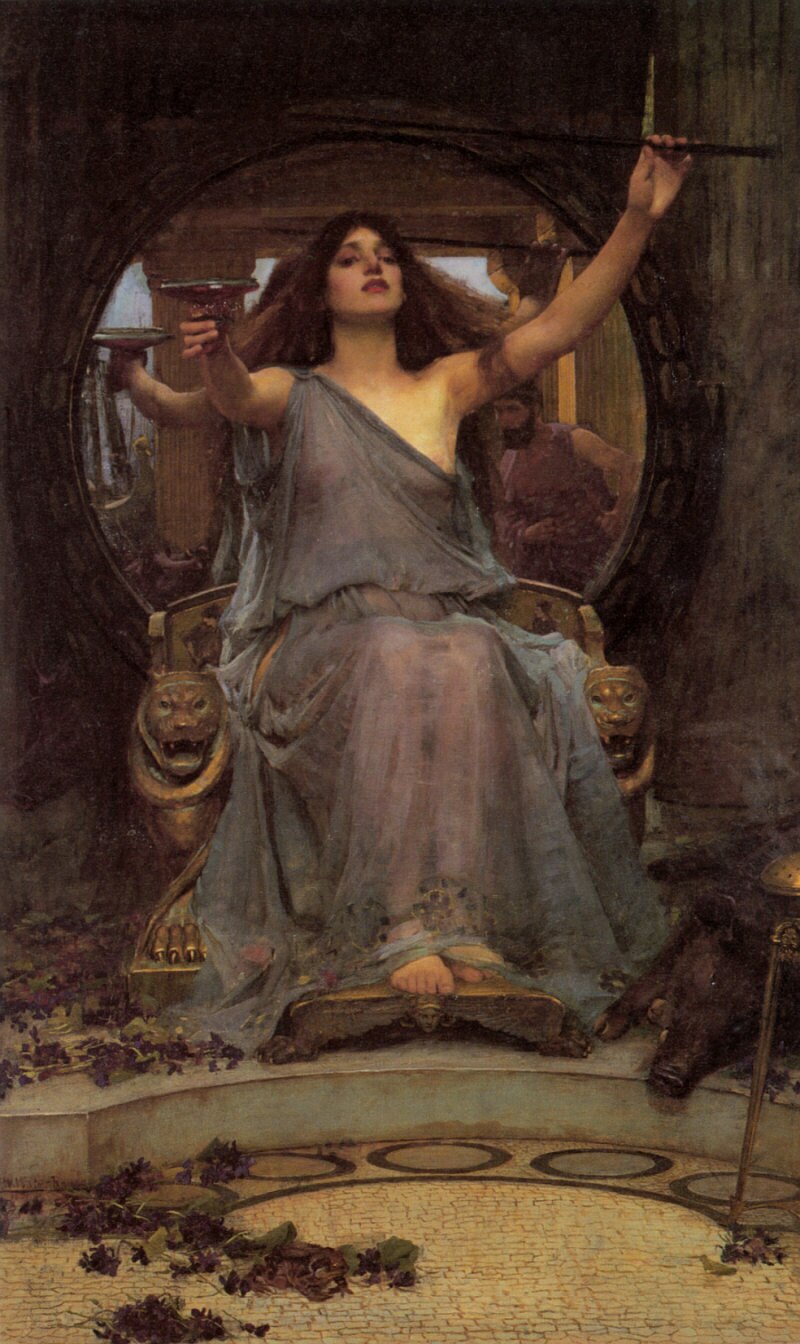 Though she only takes up forty-odd lines of verse in the Odyssey, Circe has captured the imaginations of poets, artists, and composers for centuries. In her seminal book Transformations of Circe, scholar Judith Yarnall writes, “What we know for certain ÔÇô what Western literature attests to ÔÇô is her [Circe’s] remarkable staying powerÔÇªThese different versions of Circe’s myth can be seen as mirrors, sometimes clouded and sometimes clear, of the fantasies and assumptions of the cultures that produced them.”

The legend of Circe, an infamous enchantress ensconced in a dark wood on Aeaea, her island, comes to us from Book 10 of Homer’s Odyssey. The epic poem tells the story of Odysseus’ decade-long journey home to Ithaca after the Trojan War. Odysseus and his men, repeatedly hindered on their way by the machinations of the vengeful sea god Poseidon, dock their ship at a series of islands, seeking assistance on their voyage. 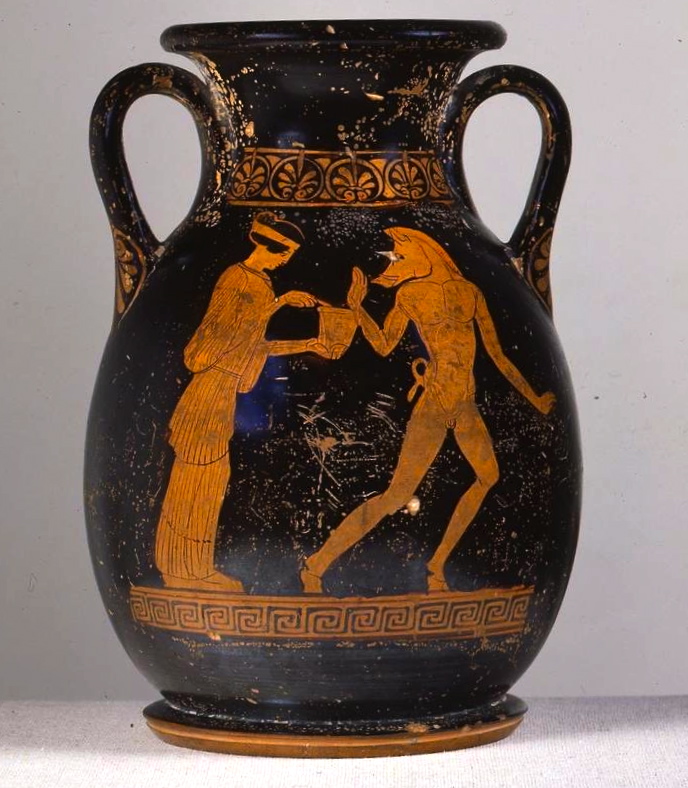 When Odysseus and his men first arrive on Circe’s island, they are met with what they assume is a warm hospitality from a kindly nymph. But Circe is a powerful sorceress with a penchant for drugging visitors and turning them into swine. Once Odysseus’ sailors have been transformed into pigs, Circe guides them to the sty outside her palatial home. Odysseus, on advice of the messenger god Hermes, convinces Circe to free his men in exchange for sex. Circe acquiesces, returning the men to human form and taking Odysseus into her bed. Circe and Odysseus live happily together for a full year on Aeaea before he continues his travels. When Odysseus decides to depart, Circe gives him counsel and protections for his arduous journey.

In 1709, when a young Colin de Blamont penned his cantata Circé, witches were having “a moment”; scores of sorceress-themed paintings, libretti, operas, and cantatas were produced during the 18th century. Artists pulled witches from Greek mythology and from later Renaissance epics, including Torquato Tasso’s La Gerusalemme liberata (Jerusalem liberated) and Ludovico Ariosto’s Orlando Furioso, which incidentally both feature Circe-inspired characters: Armida and Alcina.

Blamont’s cantata Circe uses a libretto written by poet and playwright Jean-Baptiste Rousseau that begins with Circe standing alone on a desolate cliff, watching as Odysseus and his men leave her island. Throughout the work, Rousseau balances Circe’s fundamental benevolence, (she agrees to return Odysseus’ men to their human forms, arms them with knowledge and supplies for their travels), with a powerful, earth-rattling wrath. Rousseau imbued his text with graphic, violent depictions of Circe’s magic and Blamont matched them with a score that thrills at every turn. In his Circé, Blamont brought the high drama of the opera house into the domestic salon, feeding a growing market for at-home music-making popular with the emerging bourgeoisie.

Witches like Circe, by virtue of their supernatural powers, operate outside the bounds of etiquette and social mores that work to physically and socially constrain women. Free from the concerns of mortals, sorceresses revel in their special knowledge of magic and use it to seduce and subdue the men in their orbit. In most of the Classical myths and their 18th-century adaptations, plots hinged on the defeat of the power-mad sorceress and the restoration of male authority. As Madeline Miller, author of the recent best-selling novel Circe, put it in a NY Times profile, “Circe as a character is the embodiment of male anxiety about female powerÔÇª of course she has to be vanquished.” 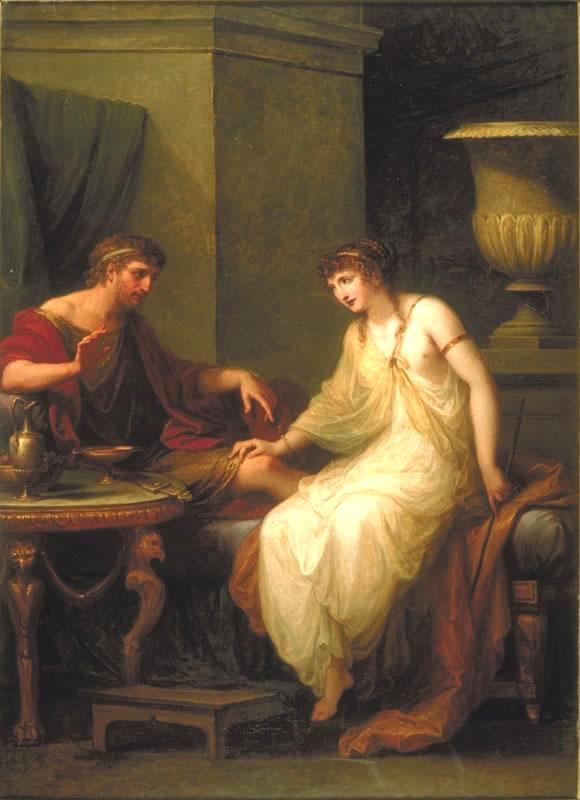 Yet, in producing sorceress-centered works for the 18th-century stage, male librettists and composers also empowered women actors and singers to give voice to (and crucially, interpret for themselves), these visions of powerful sorceresses. On the Parisian opera stage, Armide, Circe, and Medee were dazzling villains — frightening, alluring, and above all psychologically complex. Female singers like Marie Le Rochois (c. 1658-1728) became bonafide celebrities in the wake of performances in operas like Lully’s Armide, Leclair’s Scylla e Glaucus, and Charpentier’s Medée, cultivating renown and financial independence rare for women of their time.