This week, we’d like to introduce you to historical bassoonist Wouter Verschuren. 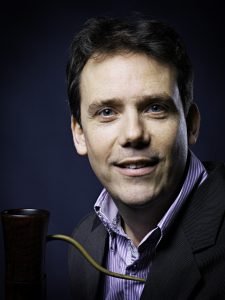 Historical bassoonist Wouter Verschuren regularly performs throughout Europe and the U.S.A and is at home with repertoire ranging from the Renaissance to the Romantic. He is principal bassoonist of The Amsterdam Baroque Orchestra conducted by Ton Koopman, and regularly plays with other renowned period orchestras such as The Orchestra of the Age of Enlightenment, The Orchestra of the 18th Century, La Petite Bande and The Academy of Ancient Music.

A graduate of the Royal Conservatoire in The Hague, Wouter regularly appears as a soloist, and plays in numerous international chamber music ensembles such as Caecilia-Concert, Concerto Palatino, Oltremontano, l’Arpeggiata and many others. Specializing in performance and research of 16th and 17th century music and later repertoire, he makes regular appearances in Europe and the US with the harpsichordist and fortepianist Kathryn Cok. Their world premier recording of unknown Sonatas by Nikolaus von Krufft was released in 2009 by Challenge Records. Recently, the CD The Elegant bassoon was released and was enthusiastically received by the international press.

Besides his teaching positions at the Royal Conservatory, The Hague, and The Royal College of Music, London, Wouter regularly gives master classes in Europe, the USA and the Middle East and coaches for such festivals as the Amherst Early Music Festival, San Francisco Early Music Society (USA) and Tage der alte Musik in Hof (Germany). Wouter is also active as a researcher, currently pursuing a PhD at the Royal College of Music, with the primary aim to rediscover forgotten repertoire for dulcian and (historical) bassoon.

Wouter was kind enough to take some time share a bit more information about himself, his path to where he is today, and his thoughts on the Mozart and Beethoven pieces that make the centerpiece of this concert.

I started on the recorder, so that led me in the direction of early music. Then I had the feeling the repertory of the recorder was too limited. I wanted to play music from the 16th, 17th and 19 centuries as well. And I loved bass instruments. This led me towards the historical bassoon.

You can play music from the 16th century and later on the period bassoon. Other wind instruments are more limited. E.g. The cornetto for the 16th and 17th century and the clarinet starts much later. I also love the sound on the bassoon. And the fact that the bassoon has different functions in different periods. Solo, virtuosic rep on dulcian. Bassoon continuo and part of the bass group in the baroque, and a solo tenor instrument in the classical orchestra.

To sound flexible. Especially in basso continuo lines. We have to imitate the cello.

Yes, many times. It is the probably the greatest repertoire on classical wind instruments.

It is wonderful to play this fabulous music with good friends. A perfect combination.

The color of the various instruments which sometimes blend wonderfully well, better than modern instruments, and sometimes come out as singing soloists. The balance is also perfect with the fortepiano. A grand piano is often too loud. The natural horn creates beautiful colours with the use of the hand.

Music of great composers is timeless. Hard to explain. It is like a great painting. You can discover every time new layers in the music.

Thank you for sharing your thoughts, Wouter. We can’t wait to have you with us!