Posted at 15:25h in News & Reviews by Debra Nagy
Share

Do you ever wonder what happens in a musical rehearsal? Or how to dance a minuet? What about the difference between a piano and harpsichord?

This work builds on Les Délices’ March 2016 Ohio City Residency where the group offered open rehearsals, a dance workshop, and more ÔÇô all free of charge. “The response we got was fantastic,” said Les Délices’ artistic director Debra Nagy. “The weekend residency was a great opportunity to make new friends, connect with neighborhood residents, and reach new audiences.”

Les Délices’ outreach programming provides a variety of ways for audiences to experience the music. Open Rehearsals are totally informal: folks can just stop in and gain a fresh perspective on creative artists’ working process. The Baroque Dance Workshop presents a rare opportunity for audiences to connect with Renaissance & Baroque music through movement and gesture. Les Délices’ Family Concerts and Library Presentations allow audiences of all ages to listen to, learn about, and respond to our work in myriad ways.

Nagy is an Ohio City resident and feels strongly about reaching out to the community on Cleveland’s Near-West side, “The primary goals for Les Délices’ outreach efforts in Ohio City are to build awareness of chamber music performance, expand the group’s west-side audience, increase visibility for Cleveland artists, and bring high-quality programming to a neighborhood that has so much to offer but is better known for its restaurants and breweries (which are fantastic ÔÇô don’t get me wrong!).”

In 2016-17 Les Délices is planning to present two family concerts, several open rehearsals, a Baroque dance workshop, and a Christmas concert/service, in addition to in-school performances and workshops. All these events will be free and open to the public.

Family Concert at the BOP STOP 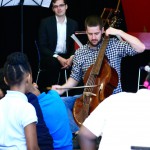 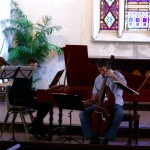 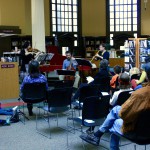 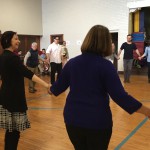 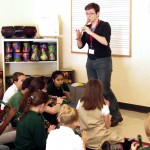 Known for their creative, original programming, Les Délices has been recognized as “an early music group with an avant-garde appetite,” whose “concerts and recordings are journeys of discovery” (New York Times).