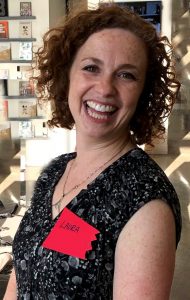 Cleveland-based early music ensemble Les Délices is pleased to announce the hiring of Laura Wiegand as the organization’s first executive director. Now in their eleventh season under artistic director and founder Debra Nagy, Les Délices has grown to include over 40 performances and outreach programs each year.

Wiegand joins Les Délices as a passionate supporter of the arts and art education, and with a wealth of experience in fundraising, strategic planning, community engagement, and program development gained over the last twenty years working in a variety of non-profit settings.

“Over the past decade, Les Délices has become a nationally-recognized ensemble with a steadily growing audience for our distinctive offerings,” said board chair Dr. Joseph Sopko. “We are thrilled to be gaining Laura’s experience and enthusiasm. Her hiring comes at an important moment for the ensemble: we’ve achieved so much in the past ten years and are planning for a bright and sustainable future.”

The addition of this new leadership role will free Nagy to focus more fully on her artistry and on creating the extraordinary musical experiences that define the ensemble. Nagy added, “Laura brings a fresh perspective and a commitment to meaningful arts-based community development, which I’m confident will help steer Les Délices toward continued growth and success in the years to come. I’m eager to partner with Laura in planning the 2020-21 season, working on new directions for Les Délices’ outreach programming, and much more.”

As executive director, Wiegand will work closely with Nagy to advance Les Délices’ mission through the development of new partnerships that engage diverse audiences in enriching experiences and that transcend boundaries of culture and tradition. Wiegand will lead efforts to increase revenues that will enable additional innovation and artistic experimentation as Les Délices continues to raise its profile as a national leader in the field of early music.

“What excites me most about Les Délices is that Debra and her colleagues are world-class musicians who not only bring centuries-old musical tradition to life, but are dedicated to interpreting that tradition for today’s audiences through themes and ideas that are universal,” says Wiegand. “It’s an honor to be a part of this work and to share in the excitement for what’s to come.”

Laura’s passion for the arts began early. A frequent visitor to Severance Hall, Playhouse Square, and Cleveland’s great museums, Laura went on to earn an undergraduate degree in Studio Art from Wesleyan University and a Masters of Art and Art Education from New York University. She remains deeply committed to the value that all arts disciplines bring to both education and community-building initiatives.