In early 2020, Les Délices was in the final planning stages of a large scale Christmas collaboration that would feature Quire Cleveland and five soloists along with an ensemble of sixteen instrumentalists. As the pandemic hit, and the need to convert our 12th season to a virtual experience, Artistic Director Debra Nagy recognized an opportunity to take the immersive holiday concert experience and pare it down to its most intimate essentials. The collaborative spirit that had been part of the original plan remained strong, and thus we endeavored to develop a new kind of partnership across artistic disciplines, building new connections even as we remain physically separated from our peers, patrons, and friends.

In anticipation of Noel, Noel, Les Délices held an open call for poets throughout Northeast Ohio to submit their Christmas or winter-themed poetry. Poems by Diane Kendig, Dave Lucas, and Julie Warther were chosen for inclusion in the program. Longtime TV and radio host Dee Perry gives voice to their poems in Noel, Noel along with works by Christina Rosetti, e.e. cummings, and Thomas Campion. These poems are interleaved with beloved carols in new arrangements by Les Délices to create an alternative Lessons & Carols available Dec. 10-23rd.

We are so grateful to Diane, Dave, and Julie for sharing their poetry and perspectives with us. You can hear more from each of these great poets during the special pre-concert conversation on Dec. 10th. For Noel, Noel tickets and more information, click here. 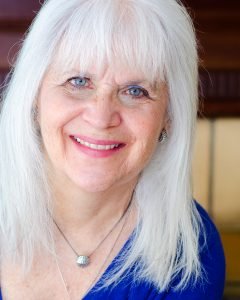 Diane Kendig’s five poetry collections include Prison Terms. She also has published a collection of Nicaraguan translations and an anthology, In the Company of Russell Atkins. A recipient of awards from the Ohio Arts Council, Fulbright Program, and NEH, she has writing in many anthologies and journals A proponent of public workshops, she conducts workshops in schools, neighborhood centers and, notably, a prison workshop in Lima that ran for 18 years. In 2011 she moved from Boston to her childhood home in Canton, and she now curates a weblog with over 4,000 subscribers, “Read + Write: 30 Days of Poetry” for the Cuyahoga County Public Library.

A dedicated and enthusiastic poet, writer, teacher, and translator, Diane Kendig has stayed busy throughout the pandemic, assisting with the asylum claims of two Nicaraguan immigrants and gamely thrown herself into the new world of virtual teaching and poetry readings, sharing that she has particularly come to enjoy poetry readings held over Zoom because she loves looking in the eyes of the audience. Even as Kendig expressed her gratitude for her own security, access to nature, and the ability to stay in touch with loved ones through social media and Zoom, she expressed profound sympathy for those who are weathering the pandemic without those comforts, especially isolated elderly individuals and inmates. Kendig has a long history working with inmates through a program at University of Findlay brought full-time faculty members into prisons to teach. She started out by teaching basic writing but eventually introduced her students to creative writing. The resulting works were in her words, “amazing.” She has remained connected to this project through the weekly radio broadcasts by Ohio Prison Arts Connection.

Kendig grew up with big family Christmas celebrations and the holiday (along with Winter Solstice) remains deeply important to her. The poem she submitted for Noel, Noel is entitled “At the CHRISTMAS TREE on a line by Seamus Heaney,” a poet she hosted while teaching at Cleveland State University. One of the poem’s central images is antique Christmas ornaments and the nostalgic connections they resurrect for the speaker as she decorates the Christmas tree. 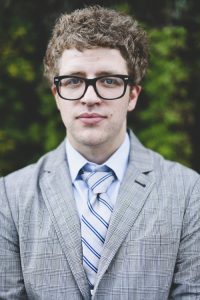 Dave Lucas is the author ofWeather(VQR /Georgia, 2011), which received the 2012 Ohioana Book Award for Poetry. From 2018—19, he served as the Poet Laureate of the State of Ohio. A co-founder of Cleveland Book Week and Brews + Prose at Market Garden Brewery, he lives in Cleveland, where he was born and raised.

In the final iteration of a sixteen-part series of columns for Cleveland Scene entitled “Poetry for People who Hate Poetry,” Lucas wrote, “Poetry is our experience of language as an aesthetic phenomenon. It is the pleasure we find and the meaning we make in words. A way of making sense of the world.” In a recent conversation, Lucas discussed his current book project focusing on the perceived timelessness (and timeliness) of myths and mythology not only as subject matter but as a method of writing that elucidates the political and environmental circumstances we find ourselves in. Lucas also spoke about his poetry writing as a form of artistic interpretation or building upon external stimuli or prompts, saying that “It’s the things that I’m reading that end up informing my writing.”

In Noel, Noel, readers will experience Lucas’ Three Kings, a poem inspired by the Biblical story of the Three Wise Men who traveled to meet the baby Jesus guided only by a star. 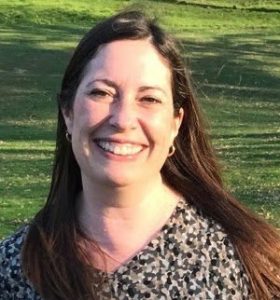 Julie Warther, author of What Was Here (Folded Word Press) lives in Dover, Ohio and served for five years as Midwest Regional Coordinator for the Haiku Society of America. She is an associate editor at The Heron’s Nest and member of the Red Moon Anthology Editorial team. She was one of seventeen poets featured in A New Resonance 9 (Red MoonPress) and has co-edited, along with Jim Kacian, Echoes 2 and A New Resonance 11, both of Red Moon Press. In addition, Warther was instrumental in establishing several haiku installations in the Midwest including The Forest Haiku Walk at the Holmes County Open Air Art Museum in Millersburg,Ohio, the Seasons of Haiku Trail at The Holden Arboretum in Kirtland, Ohio and Words in Bloom: A Year of Haiku at the Chicago Botanic Garden to feature the work of other poets and bring further awareness to haiku.

In a recent conversation, Warther, a self-proclaimed introvert, spoke of how this period of enforced solitude has inspired her creativity and motivated her to reflect on what there is to be thankful for. When not writing, Warther spends time in nature walking and kayaking, as well as practicing visual art – painting with watercolor inks. Warther first came to write Haikus after a diagnosis of breast cancer in 2006. During her chemotherapy treatments, her ability to concentrate and focus was greatly impacted, spurring her to explore poetic forms that she hadn’t written in previously. She describes her discovery of the Haiku Society of America as “a lifesaver” – a way to write through grief, loss, and healing. In Haiku, Warther says, one does not attempt to write about grand ideas but instead, to describe with simple, humble, present-tense language an objective experience that invites the reader to bring their own interpretive powers and experiences to it. You can preview Warther’s poem one child’s candle in this recently-released trailer for Noel, Noel.

Don’t miss Dave, Diane, and Julie’s wonderful contributions to Noel, Noel, available Dec. 10-23rd. And remember, you can hear more about them during Dec. 10th’s special pre-concert conversation. Click here for more information and for tickets to Noel, Noel.