Comments from our audience

Posted at 12:59h in News & Reviews by Debra Nagy
Share

Do you ever wonder what happens in a musical rehearsal? Or how to dance a minuet? What about the difference between a piano and harpsichord?

Visitors and residents of Cleveland’s Ohio City neighborhood will have the opportunity to have these, and many other questions answered during Les Délices’ upcoming weekend residency March 17-20, 2016 that celebrates early music in the community- and you may even learn a minuet step or two in the process! 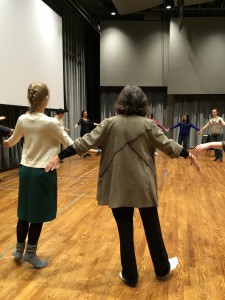 Dance Class at Univ. of Michigan

Les Délices will be teaming up with community partners at St. John’s Historic Church, Franklin Circle Church, and the Cleveland Public Library’s Carnegie West Branch, as well as with local businesses to present six free events over the long weekend that will include open rehearsals, educational presentations, a Baroque Dance Workshop with live music, and a community concert.

Les Délices’ Artistic Director Debra Nagy is an Ohio City resident and feels strongly about reaching out to the community on Cleveland’s Near-West side, “The primary goals for the residency are to build awareness of chamber music performance, expand the group’s west-side audience, increase visibility for Cleveland artists, and bring high-quality programming to a neighborhood that has so much to offer but is better known for its restaurants and breweries (which are fantastic ÔÇô don’t get me wrong!).” 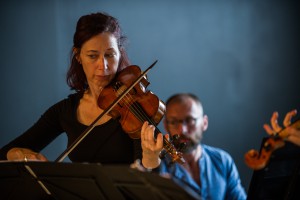 Known for their creative, original programming, Les Délices has been recognized as “an early music group with an avant-garde appetite,” whose “concerts and recordings are journeys of discovery” (New York Times). Les Délices’ Artistic Director Debra Nagy (baroque oboe and recorder) will be joined by Julie Andrijeski (violin and dance), David Ellis (viola da gamba), and Christopher Bagan (harpsichord) for these programs.

Picking up on the success of recent neighborhood residencies by the Cleveland Orchestra, Nagy explained that “creating a weekend of intense activities in a single neighborhood is a natural extension of the Pop-Up Concerts we’ve been offering during our last two seasons. We want to bring music to our community and break down the barriers of participation between the audience and performers that include formality, location, and the cost of tickets.” Nagy added, “I hope that people might drop into an open rehearsal on Thursday or a Pop-Up Concert on Friday and decide to come to a Baroque Dance workshop on Saturday or even stay for our community concert on Sunday.”

Do you ever wonder what happens in a musical rehearsal? Come in, listen, and learn about Les Délices’ working process as they prepare for their weekend of concerts and events taking place around Ohio City.

Pop-Up Concerts have an impromptu quality and are meant to foster a sense of discovery for casual listeners: passers-by are invited to come in and have a listen to short, set-based presentations where the performers introduce themselves and the music. This informal approach breaks down barriers–cost, location, and formality–and increases the visibility of local performers, bringing the visual and performing arts communities closer together.

Children (8+) and Adults can come and learn the basics of baroque dance ÔÇô including how to do a minuet step ÔÇô in this free workshop led by baroque dancer expert & violinist Julie Andrijeski. Live Music! Space is limited ÔÇô pre-registration is recommended.