This week, we’d like to introduce you to historical clarinet expert Colin Lawson. 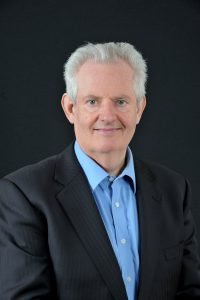 Colin Lawson is Director of the Royal College of Music, London. He has an international profile as a period clarinetist and has played principal clarinet in most of Britain’s leading period orchestras. Described as ÔÇÿa brilliant, absolutely world-class player’ (Westdeutsche Allgemeine Zeitung) and ÔÇÿthe doyen of period clarinetists’ (BBC Music Magazine), he has appeared as soloist in many international venues, including London’s major concert halls and New York’s Lincoln Center and Carnegie Hall. His discography comprises concertos by Fasch, Hook, Mahon, Mozart, Spohr, Telemann, Vivaldi and Weber, as well as a considerable variety of chamber music. ÔÇ»ÔÇ»

Colin was kind enough to take some time share a bit more information about himself, his path to where he is today, and his thoughts on the Mozart and Beethoven pieces that make the centerpiece of this concert.

I played clarinet in the National Youth Orchestra of Great Britain as a teenager, then studied music at Oxford. The Bate Collection of Early Instruments came to Oxford while I was an undergraduate and I developed an academic interest in the early clarinet. I wrote a master’s thesis on the eighteenth-century clarinet and a PhD thesis on its close cousin, the chalumeau. While undertaking the research it seemed an obvious idea to find out first-hand what the old instruments actually sounded like. I’ve always been interested in the interaction of theory and practice.

As many early commentators observed, the clarinet comes close to emulating the human voice. Of all the wind instruments, it inspired a large number of leading composers such as Mozart, Weber and Brahms to write concertos and chamber music, a tradition that continues to this day.

Playing in tune is always a challenge for clarinetists. Indeed, the first edition of Grove’s Dictionary of Music (1879) remarked that in this respect it was the most difficult of all the orchestral instruments. It takes a great deal of work to discover the character of each individual clarinet. I have a collection of about 40. Finding a responsive reed is always a challenge.

I undertook a UK tour some years ago with the late Christopher Kite (fortepiano); since when I have given occasional performances on both modern and period instruments.

These are great pieces and there’s always plenty to learn more about them, especially when playing with new colleagues. I’m hoping that we can move beyond the notes and produce a really special result. I love the particular blend of period instruments. It’s good to immerse oneself in the historical evidence and then apply one’s own musical personality in the language of the time. I like the definition of early music by the celebrated British clarinet collector Sir Nicholas Shackleton, who suggested that the enterprise was essentially ÔÇÿin order to gain a better feeling for what classical music actually sounded like when it was first heard in favorable circumstances.’

How would you describe either of these pieces to someone hearing them for the first time?

Mozart regarded his Piano Quintet as his finest work to date. He achieved a wonderful conversation piece for the five instruments, with the oboe taking a lead within the wind ensemble. The quality of invention is of course always at a very high level. Beethoven was heavily influenced by Mozart and produced a less mature but highly engaging work. The dialogue here is to a greater extent between wind ensemble (generally led by the clarinet) and fortepiano.

On each of the period instruments the basic chromatic scale produces a kaleidoscope of tonal colors. The stopped notes on the horn are matched by the cross-fingerings of the woodwinds. There are constant and subtle shadings to listen out for – and the inner parts within the overall ensemble make a greater impression than with modern instruments.

Mozart is an ideal antidote to our troubled times, reflecting a whole range of human emotions. Indeed, his instrumental music is often closely related to the operatic stage. His music speaks to the heart. Beethoven was a revolutionary, his achievements truly awesome. In different ways their music still sounds as fresh as when it was conceived.

Thank you for sharing your thoughts, Colin! We’re looking forward to seeing you soon!