07 Aug Getting to Know New Board Member Gerry Fathauer

Posted at 21:31h in News & Reviews by Jane Leggiero
Share 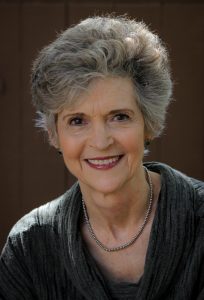 Gerry Fathauer is one of our newest board members at Les Délices, and we are thrilled to have her on our team! She first found us through Sheryl Hoffmann who did some pro bono philanthropy consulting for us and who introduced Gerry to our director Debra Nagy. After coming to concerts as a season ticket holder and getting to know Debra and the group a little more, Gerry decided to find ways to get more involved. We asked her a few questions recently to get to know her better and wanted to share her thoughts with you.

Les Délices: Is there a standout event in your mind? A concert or other event that really captured your imagination?

Gerry Fathauer: When Sylvia Berry performed on the piano forte with Les Délices at Plymouth Church. After the concert her husband [historical keyboard expert Dale Munschy] showed us the workings of the piano forte and compared/contrasted that to the grand pianos of today. I remember how different – how absolutely, shimmeringly beautiful – the Adagio movement of Beethoven’s “Moonlight Sonata” sounded played on the instrument for which it was intended vs our “modern” piano. It was like hearing this piece of music for the first time. It sent shivers all over me.

I love music for its ability to transport us to another place and time, to soothe or rock the senses, to inform intellectually or impact us deeply on an emotional level. Les Delices’s performances are exquisite in their ability to impact on all levels.

LD: What made you decide take the step to go from concert-goer to board-member?

GF: I’ve served on several 501(c)(3) boards in Arizona and two internationally, and had an interest in getting involved in an arts organization in Cleveland. I so enjoy the Les Délices concerts, both the high level of musicianship and the unique programming and well-researched program notes. I especially like the intimacy of the concerts and the ability to talk with the musicians after performances, to see their period instruments and hear music played on instruments as composers intended.

LD: What would you tell people thinking of getting involved with Les Délices, either through a gift or through volunteer or board service?

GF: Their gift will go a long way. This is an organization thin on administrative expenditure yet Les Délices functions professionally and as tightly as those with more staff. Because the board is small, one’s presence is appreciated and skills will be put to good use.

LD: Is there something that you want to make sure people know about Les Délices?

GF: That the programming, in its creativity, is like a new adventure at each concert; an adventure well-informed for its place in history and music that will be a delight for the senses! One need not have a performance degree (in music) to feel a thrill when hearing Les Délices perform.

Gerry, thank you for your kind words and for your commitment to Les Délices!

We’ll see you at the next concert!