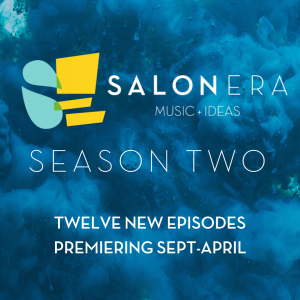 “Last year, Cleveland’s period ensemble Les Délices dared to be different with their contribution to the world of online concerts: SalonEra. Billed as a “variety show for early music,” the web series’ unique format made it a hit among audience members, director Debra Nagy said in a recent interview.

“One thing we heard over and over again was, ÔÇÿregardless of the state of the pandemic, please continue SalonEra.’” The series’ second season, which premieres on September 13, aims to be even more ambitious and exciting than what came before it.

What sets SalonEra apart from other online offerings is that it wasn’t conceived as a concert series — instead, it aims for a 50-50 blend of music and conversation. “Hearing from artists, getting that context, and creating personal connections with the artists and the music is a big part of what the series is about,” Nagy said. This season’s lineup will feature familiar faces from last year together with new collaborators, and episodes will be released twice a month starting next week through April 2022.” – Stephanie Manning for Cleveland Classical

Click here to read the full feature at ClevelandClassical.com