From “Les Délices goes live with The White Cat” by Mike Telin for ClevelandClassical.com 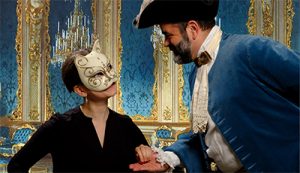 For centuries the fairy tale of Puss in Boots, the wily cat who stops at nothing to gain power and wealth for his penniless master, has been a source of inspiration for composers and choreographers.

‘For some time I’ve been thinking about how to bring attention to the women authors of fairy tales from late 17th-century France,’ Debra Nagy said during a telephone conversation. ‘I started reading them and thinking about which stories would be appealing to a 21st-century reader, and Catherine D’Aulnoy’s The White Cat really drew my attention. It’s an interesting rewrite of Puss-in-boots from the point of view of her humility, kindness, and generosity which is in contrast to the manipulative Puss-in-boots who gets ahead almost entirely through trickery.’

Based on D’Aulnoy’s story with an original libretto by Larry Rosenwald and music by Lully, François Couperin and Marais, the enchanted musical fantasy is perfect for all ages. The production features soprano Elena Mullins, tenor Jason McStoots, and puppeteer and dancer Samara Steele. Puppet and set design is by Ian Petroni with projection design by Camilla Tassi…” — Mike Telin

The White Cat, Until Sky Above